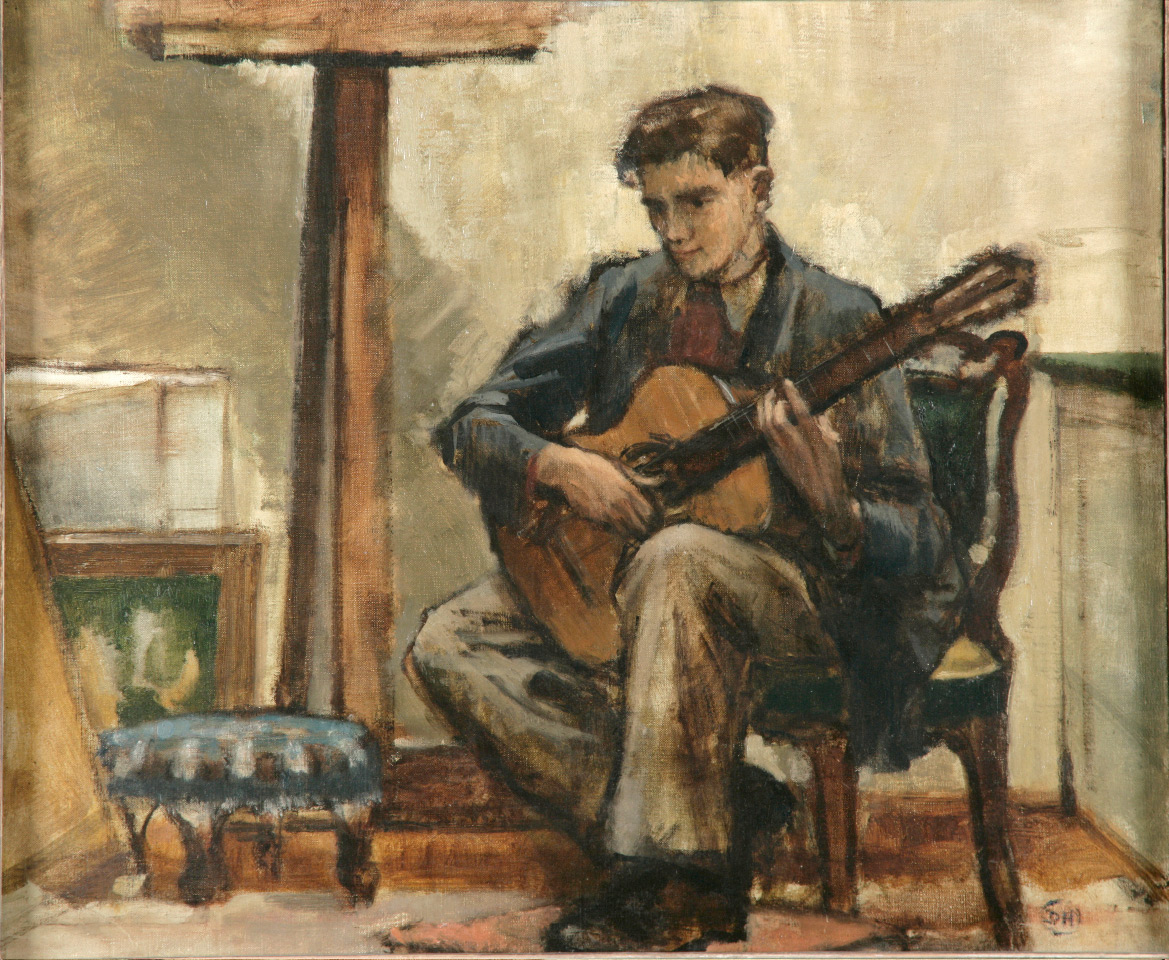 Perhaps it was providence that in the Fall of 2007 a sequence of events occurred that enabled me to initiate and eventually realise a long cherished ambition that had remained dormant for many years.

My ambition was to create a Charitable Trust whose fundamental justification lay in the provision of financial assistance to the less well endowed of our young and gifted music students, and especially to those whose principal instrumental interest lay in the study of the lute and guitar. There is an interesting and relevant parallel between my aspirations here and an unforgettable experience that I had as a young trainee musician.

In the summer of 1948, and quite independently of each other, two devoted friends wrote to Sir George Dyson, who was the Principal of the Royal College of Music, in a quest to seek out the possibility of my enrolment as a full time student. At the time there was no Professorship of the guitar at that august institution, furthermore my father’s financial affairs were also in a parlous state. Notwithstanding, an audition was finally arranged towards the end of November 1948 with Sir George Dyson as my solitary examiner.

As I remember, I played a couple of Baroque pieces by Rameau and Bach on my guitar and followed that by a movement of a Beethoven Sonata on the piano. I was then asked to improvise on both instruments. At the end of my piano improvisation, there was a prolonged deadly hush and I felt momentarily as if my whole world was teetering on the edge of oblivion, when all of a sudden the silence was broken by Sir George himself speaking in gentle tones to the Registrar sitting beside him. ‘I want this boy to begin next term,’ adding, ‘no fees’.

Those ten words would eventually transform my life in music to such an extent that now, sixty years later at the age of 75, I was able to repay the notional debt that I owed to the Principal of the Royal College of Music by providing several comprehensive scholarships for gifted and deserving young students irrespective of their personal circumstances or financial wherewithal.

Throughout a long and varied career, I was, from time to time, the fortunate recipient of a number of compositions written specifically for myself. A few of these pieces were written through the generous impulse of the composer. Nevertheless, the lion’s share were written to a composition invariably funded by myself.

One of the first works that I commissioned was Malcolm Arnold’s Guitar Concerto op. 67. That was in 1958 and in the intervening years, I must have commissioned twenty or more substantial solo pieces. Despite my retirement, it is the creation of new music that increasingly concerns me. It is this overriding interest that has persuaded me to make a special provision within the trust whereby funds can be made available for the sole purpose of commissioning new compositions for the guitar.